As November becomes December, a wonderful thing starts to happen in Munich. Little stalls adorned with branches of pine and probably a few deer antlers start to pop up in squares, fields, and courtyards all over the city and really, the country. Selling everything from Christmas kitsch to handmade treasures, lebkuchen, and stollen, these stalls always seem to be buzzing with people enjoying the season and getting a bit of Christmas shopping done.

After wandering about in the freezing cold for a bit, folks naturally make their way to the most important stand at the market—the ever-present Glühwein stall. Nothing warms your hands, tummy, and heart like a nice long chat with friends over a piping cup of this hot mulled wine which, as Casey says, is the nectar of the gods. Though there are some variations like Nürnburg’s famous blueberry version or the white wine version, the standard is the red with a slight orange taste thanks to the fresh squeezed OJ and mulled peel.

Moving to Germany made me a much better Southern cook, so it stands to reason that the move back to the States will motivate me to learn the German treats we are going to miss so dearly. When brainstorming ideas for our family Christmas party, the thought of sharing this tasty part of German culture with my family gave me the kick in the tush I needed to make it. It’s not even hard, y’all. 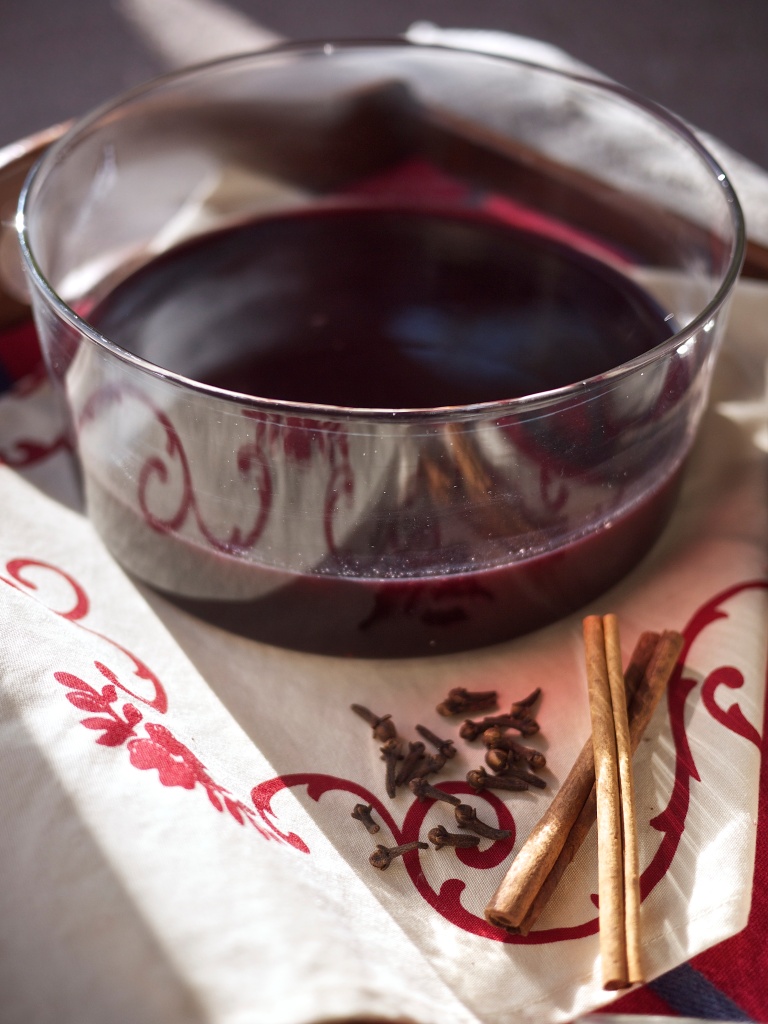 Let’s get started by juicing your oranges. Wash them thoroughly. Roll the oranges on the counter to start breaking the membranes inside there. Then cut them in half and squeeze all of the juice into a bowl.

Heat a pot on medium heat. Pour the orange juice through a sieve into the pot and add the honey. Bring it to a boil then reduce the heat to low.

While that’s coming to a boil, go back to your orange peels. Take two of the halves and scrape the insides out. Stick the cloves through the peel. {This just makes it easier to fish them out later.}

Add the clove studded orange peel and cinnamon sticks to the pot and let it simmer on low for 30-40 minutes. {Some folks add star anise too, but I cannot abide that licorice flavor so clearly, I don’t. Up to you, just throwing it out there.}

Once it’s looking like a syrup, add your wine. Keep it on low and simmer until its steaming. You don’t want to boil it because then you’ll start losing alcohol content, and obviously, we want the alcohol content. Remove the the orange peel and the cinnamon sticks. Once it’s steaming, serve it up as is or, depending on the occasion, add a shot of rum. 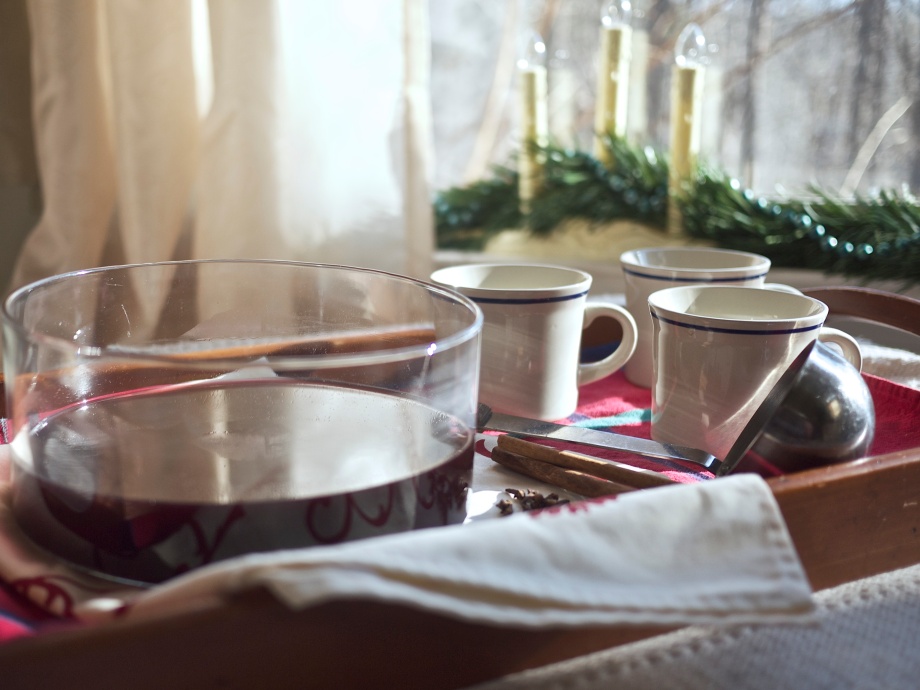 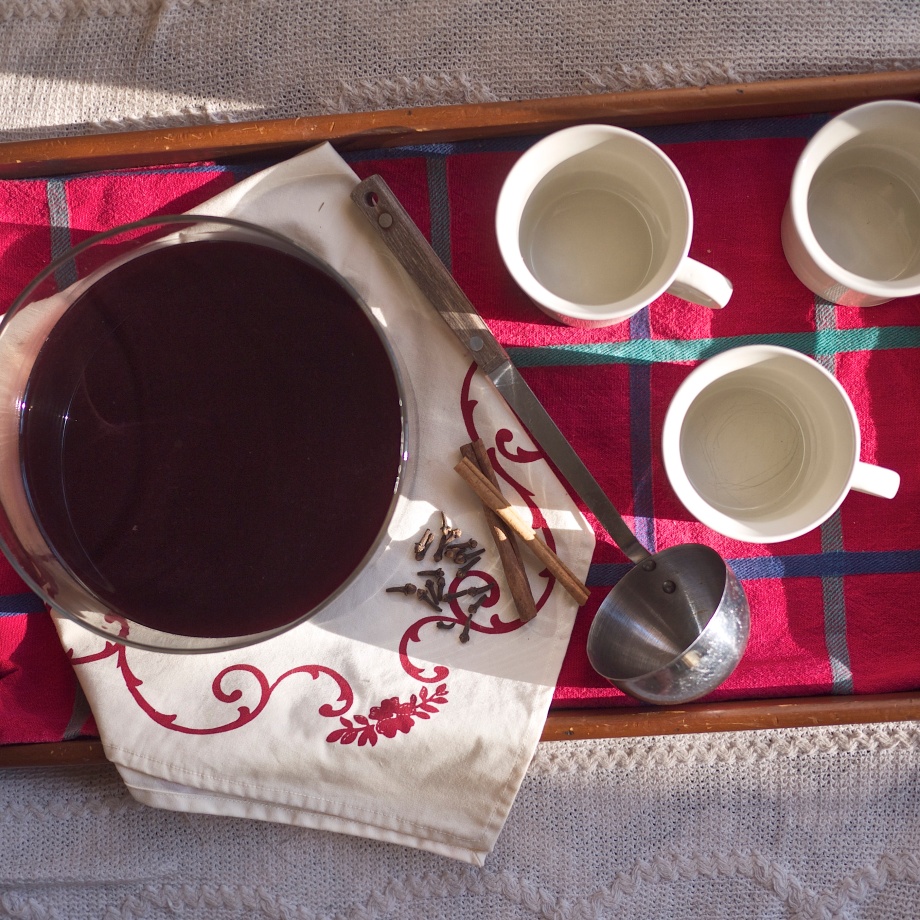 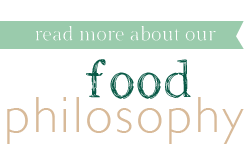 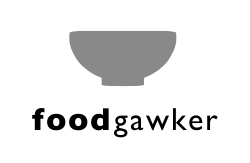 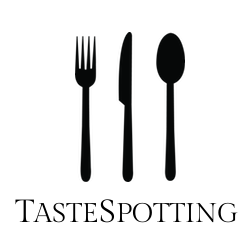 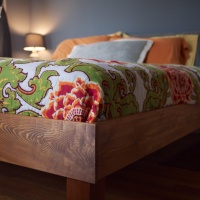 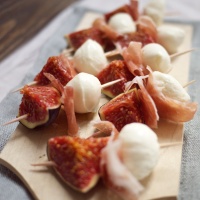 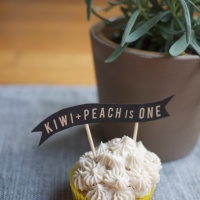 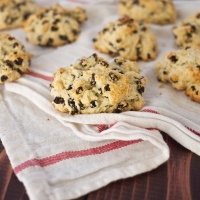