Hello there my dears! How was your weekend?

I kind of kept it on the down low, but my birthday was last week, hence the little mini break! Man, we sure have been doing 26 up right. Of course by doing it up right I mean I was sick, running a ridiculous fever, and lost my voice BUT I ate lots and lots of birthday Derby Pie so there’s a silver lining.

Thankfully the Kiwi and I celebrated at the weekend, before mystery illness struck. He cooked for me all weekend making my favorite and said birthday pie. We went hiking with the pup to some gorgeous waterfalls near Asheville and then made it back to civilization in for our dinner reservation at Curate, a slammin’ new tapas place in downtown. The food was amazing and the moonshine/ginger ale cocktail, well let’s just say that might have been the nail in the coffin to my immune system, but it was worth it.

I spent my actual birthday curled up in bed reading, but then again, that sounds like a perfectly lovely way to spend a day anyway.

Thankfully the mystery illness seems to have passed. Perhaps there really is something to this oils thing. I was using liberal amounts of eucalyptus and lemon (they are the only two I know about) and seriously bounced back in about 3 days. Not bad Jim.

All that said, I don’t have any recipes for you or clever DIY projects, but I did want to check in and have a chat. So grab a nice glass of tea and spill. What has been on your mind this week?

We are doing a little container garden this year on our back deck. We’re doing pole beans, lots of basil, tomatoes, leeks, oregano, rosemary, and spinach. All my little seedlings, except the tomatoes, have now been transferred to their pots and they seem to be doing well. Our spinach was a disappointment as none of it really germinated, but I think I’m going to try again in a different container with better drainage. (I was trying the ole’ Pinterest favorite of using egg cartons. Fail.) Are you growing anything this year?

Do you use essential oils? Do you want to tell me all about them? I have been so curious about them since the Kiwi’s mom convinced me to switch up my Vick’s nose spray for eucalyptus oil with amazing results. I’m all about trying a more natural approach with health related matters, so I really want to love oils, but I’m so overwhelmed!

We finally finished our fireplace project just before Easter. I thought I was incredibly clever to come up with such a cool way to use an old mantle that I salvaged from on old house in my hometown, then of course Pinterest exploded with numerous examples of similar projects. Sing it with me, it’s all been done before. Oh well. I’m still going to share it…eventually.

Apparently I’ve been living under a rock for the past two years in terms of advancements in processed foods. Did you know they make watermelon Oreos now? And apparently instead of lemonade packets they have these little drops now? I can’t say that both of those things don’t make me completely skeptical of their ingredient lists, but what will they think of next?!

I just finished re-reading The Perks of Being a Wallflower

. I forgot how much that book made me think. It also inspired me to re-read To Kill a Mockingbird

which I haven’t read in about 10 years. True story, when I was little I used to think it was Tequila Mockingbird, which obviously made me want to read it more. I was a little disappointed when I realized the truth. What are you reading? I’m always looking for a good read.

My friend Shannon, who is also from Georgia, who also lived in Bavaria, and who is also transitioning back to the States right now has been hitting the proverbial nail on the proverbial head recently. She has been much more eloquent than I think I ever could be about transition and uprooting and starting over. In case I haven’t said it before, thanks for making me feel like I’m not in this alone.

That’s all I have my friends. Now it’s your turn! Spill it. 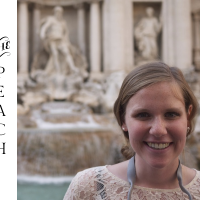